US Secures New Lease for Non-Base in Djibouti

On Monday, the US government announced that it had reached a deal with Djibouti regarding the continued American military presence at Camp Lemonnier. The new deal will allow Combined Joint Task Force – Horn of Africa and other US forces to remain in the country for another decade at the cost of $630 million. This is significantly more than the reported $38 million fee Washington is currently paying every year. The deal also allows the US government to get another decade at the same rate, as well as a decade after that at a renegotiated rate. 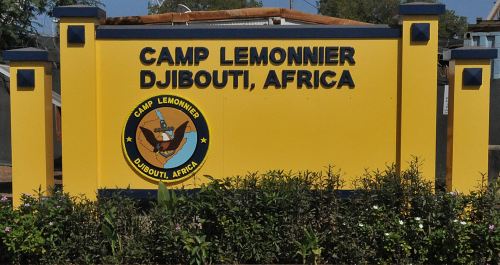 Camp Lemonnier was first built by the French as a base for the Foreign Legion in the region. The US arrived there shortly after the attacks on 11 September 2001 and has dramatically increased the size and scope of the facility. Initially part of US Central Command’s (CENTCOM) area of responsibility, Camp Lemonnier was passed to US Africa Command (AFRICOM) after its creation in 2008. The facility, ostensibly run by the US Navy, is also generally referred to as America’s only base on the continent, but the Pentagon does its best to steer clear of using that term to describe it. During a press conference last month, the commander of AFRICOM US Army General David Rodriguez described it as “a major forward operating site” and later corrected a reporter who attempted to use the word “base.”

Whatever one wants to call it, the facility is critical to the Pentagon’s counter-terrorism efforts in both East and Central Africa and across the Gulf of Aden in Yemen. US forces also use the facility to help patrol the Gulf of Aden and Indian Ocean for pirates. Furthermore, AFRICOM and the US State Department  conduct numerous security assistance efforts throughout these regions under various initiatives, including the Africa Contingency Operations Training & Assistance (ACOTA) program.  Peacekeepers have trained regularly under the ACOTA program for deployment to support the African Union Mission in Somalia (AMISOM). Djibouti is an important contributor to this mission and provides a location to train other African forces.

The counter-terrorism campaign in East Africa was previously referred to under the broad umbrella of Operation Enduring Freedom, or more specifically Operation Enduring Freedom – Horn of Africa, but is now generally referred to as Operation Octave Shield. The nickname Copper Dune has been used to reference operations in Yemen, but it is unclear whether this is still valid. Camp Lemonnier’s airstrip has been a major part of drone operations in the region, though recently the decision was made to shift this effort to Chabelley Airfield.

The major operation in Central Africa is Operation Observant Compass. This is the nickname for the effort assisting the African Union’s Regional Task Force stamp out the brutal Lord’s Resistance Army. In March, CV-22B Osprey and MC-130P Hercules deployed from Djibouti to Uganda to support this operation. The Osprey aircraft were actually tasked to support CENTCOM operations from Camp Lemonnier. The Pentagon has said CENTCOM may loan the aircraft to AFRICOM again in the future if needed.

Camp Lemonnier has also been an important staging ground for crisis response efforts recently. Last December, two CV-22B Ospreys and US Navy SEALs launched from the facility in an attempt to rescue American citizens caught up in the crisis in South Sudan. Later that month, AFRICOM moved the Marine Corps’ Special Purpose Marine Air Ground Task Force – Crisis Response to Djibouti from its base in Spain in response to events in South Sudan. SPMAGTF-CR then moved elements forward to Entebbe, Uganda to support evacuation efforts.

In all, Camp Lemonnier has cemented itself as an important piece of the US military puzzle in both Africa and the Middle East. The US military will remain there for at least another decade, but its quite likely the additional options to stay for twenty years after that will be exercised.